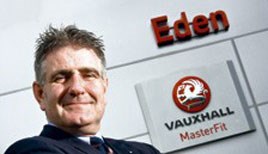 Eden Motor Group has announced the acquisition of Wokingham Motors for an undisclosed sum.

The acquisition of Wokingham Motors, which represents Peugeot as well as Vauxhall and Renault for aftersales, increases their strong market presence in the South East region.

Group managing director, Graeme Potts said: “We are really pleased to announce the acquisition of Wokingham Motors which fits extremely well with our existing dealership locations. As a business we are always looking for acquisition opportunities that strategically fit and give good long term return on investment.

“The business we have acquired has a history of strong performance and has a great reputation in the local market, which will only be further enhanced as part of the Eden Motor Group.”

David Kendrick, automotive partner at UHY Hacker Young, said: “Wokingham Motors has delivered a consistent performance under the Peugeot brand for many years and will no doubt continue to flourish under the Eden ownership.

“This transaction again illustrates further consolidation in the sector as regional groups such as Eden continue to grow and pick off local competitors through acquisition. We are in a market that hasn’t been busier for transactional activity that is for sure.”

Eden Motor Group was ranking 9th in the latest AM100 updates return on sales rankings, with a figure of 2.5%.

In 2009 Wokingham Motors made headlines in AM when it was named Best Used Car Retailer at the AM Awards.