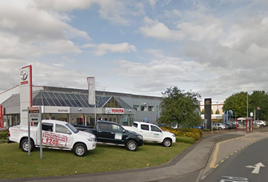 Top 10 AM100 car dealer group Lookers has sold one Lexus and two Toyota dealerships to Vantage Motor Group for £12.7 million.

The sale of Toyota and Lexus businesses in Leeds and a Toyota site in Wakefield to Meridian Motor Group, which trades as Vantage, was concluded on December 30.

The sites were all former Benfield sites gained when Lookers took it over last autumn. Lookers is left with two Lexus dealerships, in Belfast and Hatfield, and its Northern Ireland Toyota operations in Belfast, Dundonald and Newtownabbey.

For Vantage, the acquisitions bring its portfolio of Toyota sites up to 12, and its Lexus sites to two, making it one of the largest Toyota retailers in the UK.

Robinson said: "This is not about doing deals for the sake of doing deals but because they make a perfect fit – strategically, geographically and culturally.

"Vantage and Benfield share a philosophy of putting employees and customers at the very heart of business and matching both with great products.”

Robinson, who is also chair of the Toyota Dealer Council in the UK, added: “These latest acquisitions cement our relationship with Toyota and reinforce our ambition of being a regionally based, national force in the industry, recognised not just for the excellent range of vehicles we sell but for the outstanding level of customer service we deliver and the career opportunities we provide for our staff.”

Vantage was advised on the deals by Walker Morris, Colliers CRE and Grant Thornton.

Phil White, the chairman of Lookers, is a 30% shareholder in Meridian, so the deal was announced by Lookers to the London Stock Exchange.