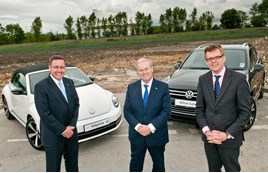 Marshall chief executive Daksh Gupta knows Ridgeway well, having briefly been its managing director in 2008 before joining Marshall when he retained a non-executive role on its board.

He said this is the biggest deal in the sector for more than 10 years - and the fourth biggest ever behind the acquisitions of Vardy, CD Bramall and EMH (see below).

Newman and O'Hanlon have stepped down following the sale, however Taylor has transferred to Marshall.

Gupta said: "This is a significant strategic and value enhancing acquisition for MMH that will move us from the 10th to the seventh largest UK motor dealer group.

“The acquisition, which is in line with our stated strategy at IPO to grow scale with existing brand partners, further builds on our acquisition last year of SG Smith by cementing our geographic footprint into the affluent southern home counties of England, Wiltshire and Dorset.

“We have funded this acquisition from our existing balance sheet capabilities. The board expects the acquisition of Ridgeway to deliver significant earnings enhancement and returns materially greater than our weighted average cost of capital.

“Ridgeway is a company I have been associated with since 2007. David Newman and his team have built an excellent business with fantastic senior management, great staff, strong performance and a similar culture to MMH.

On implications for staff, he said: "Our stock level goes up 60%, so we can offer customers more choice, there will be more opportunites for career development - it's good news for the Ridgeway and MMH teams. Lots of what Ridgeway does is first class - such as its social media presence - and we will take what each party does best and roll them out across the new expanded business."

“I very much look forward to welcoming our new Ridgeway colleagues to the group and working closely with them again into the future.  Finally, I wish to thank all of the OEMs who Ridgeway represent for their support of the acquisition."

The Ridgeway name will be retained for the short-to-medium term Gupta said, before the Marshall name is rolled out across the acquired sites in 2017/2018.

Marshall chief financial officer Mark Raban summed up the significance of the scale of the deal: "This is massively significant in its earnings per share potential since we're adding an business that from a profitability perspective is not that far off Marshalls. Last year we made £23m EBITDA, Ridgeway just over £20m. So, it is almost doubling our earnings. It is transformational in terms of shareholder benefit."

The positive outlook on performance, he said, was based on Ridgeway as a respected brand, in "great" locations, with over 2% return on sales.

"The way we're funding this is also important," Raban said. "We funded a large proportion of the acquisition off our own balance sheet, through releases of equity, in stock and also within our leasing book."

Taking into account the amount of capital on its balance sheet, following its IPO, Marshall's return on capital employed was just under 10%. In 2017, Raban said it will be more than 20%.

Gupta resigned as a consultant to Ridgeway before negotiations got underway seven months ago.

> AM reveals the new AM100 next month

> The biggest deals in the sector

Pendragon acquired Reg Vardy plc in February 2006 after a number of offers and counter offers, in competition with Lookers. 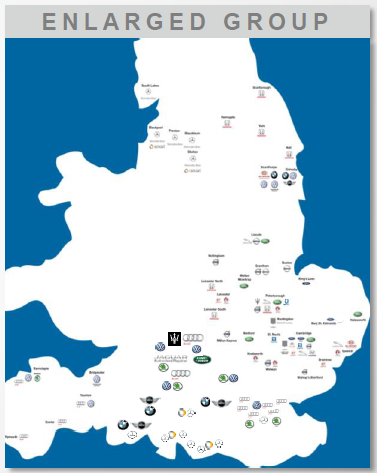 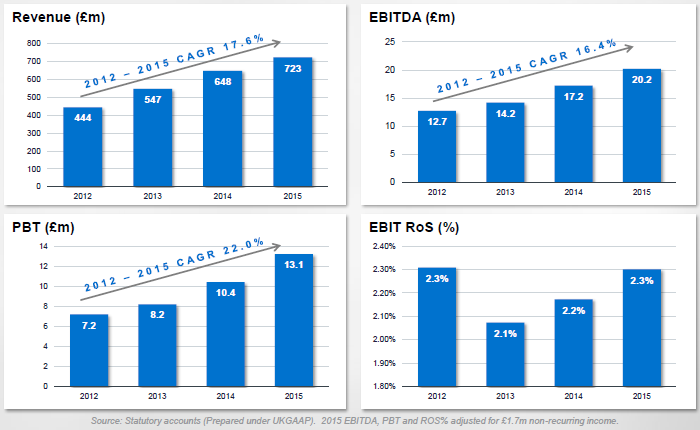