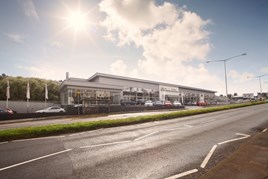 The Welsh car retailer based on Carmarthen Road, Cwmbwrla, Swansea, celebrated its 40th year in business during 2016 and now becomes part of the AM100’s number one ranked retail group.

All 100 Trainer staff will be transferred to Sytner under the move which was completed with the advice of UHY Hacker Young’s David Kendrick.

Kendrick, who advised the shareholders of Trainer with the sale, said: “The Trainer business has been established for a long time and will no doubt be a great addition to the Sytner Group.”

Following its acquisition of car supermarket CarShop in January, Sytner became the AM100’s top-ranked retail group with an estimated £5.3 billion turnover for 2017.