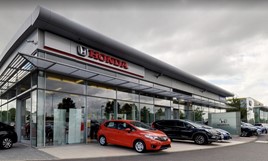 Marshall Motor Holdings has increased its number of Honda dealerships to eight, becoming the brand's second largest franchisee in the UK.

It has acquired the Honda outlets in Newbury and Reading of Jardine Motors Group, which has ceased representation of Honda in the UK.

Marshall's other Honda sites are in Harrogate, Hull, Leicester, Peterborough, Scarborough and York.

However it already has other franchised dealerships in Reading and Newbury, including Audi, Jaguar Land Rover, Skoda and Volkswagen, some of which it gained when it took over AM100 group Ridgeway.

Marshall chief executive Daksh Gupta said: ‘We have a long-standing relationship with Honda and have worked closely with them in consolidating the territory and securing these two retail locations in markets we know very well."

Honda has welcomed the sale.

AM revealed in June that Honda has begun a process to consolidate its dealer network in order to restore profitability for those dealers which will remain.

Some dealerships in secondary markets, such as Vertu's in Retford and Swansway's in Rochdale, have already closed.