Accident repair group Alton Cars has been acquired in a Management Buyout (MBO) which secures a succession plan for founder Tony Parish.

Led by finance director Julian Milner and commercial director Neilson Jones, who now become joint managing directors, the deal to acquire the Leeds-based operation was completed for an undisclosed sum.

In a joint statement, Milner and Jones said: “We are delighted to finally get the deal over the line. COVID has impacted on the timescale of the deal with it taking around 18 months from beginning to end.

“Fundamentally the senior team have been working together for many years now and have been instrumental in its growth and culture, ensuring that it can deliver upon its promises made to its work providers, which will create the foundation stones to take the business to the next level.”

Once the subject of a profile feature in AM, Alton Cars was established by Parish in 1979 and is now one of the largest independent accident repair groups in the UK, employing 370 staff across 14 locations and delivering an annual turnover of £48.5m.

The business claims to have 23 manufacturer approvals and offers geographic coverage across Yorkshire, Humberside, Nottinghamshire and Derbyshire.

A statement issued by the group stated that the MBO would not have been possible without the support of the business’s senior leadership team, comprised of: finance director, Sophie Braithwaite; operations director, Graham Connell; procurement director, Tom Butterworth; client director, Jay Ali; and HR director Tom Jones

It added: “Julian and Neilson would also like to thank Andrew Laycock of Carrick Read Solicitors and Jonathan Grant of Grants Accountants for their support and advice throughout the process”. 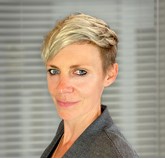 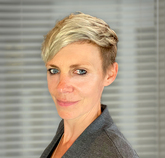