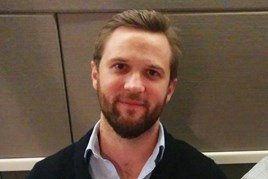 How do the repairs bills for the luxury German brands BMW, Audi and Mercedes compare?

WhoCanFixMyCar.com is taking its third look at a popular question examined over the past couple of years –referencing more than 60,000 make-specific data points, based on more than 370,000 service and repair enquiries to 8,750 garages in 2016.

For the third year in a row Audi remains the most expensive.

However, when looking more closely, the gap between Audi and Mercedes is dramatic.

The data reveals Audi to be 34% more expensive than Mercedes – that gap has grown from being 26% in the 2015 study.

But repair bills as a whole are 18% cheaper than they were last year.

The A3, A4 and A6 repairs are all more expensive than their BMW and Mercedes equivalents.

The biggest gap comes between the C-Class and A4 - the A4 is 45% more expensive! It does not get much better when comparing to the 3-Series either which is still 32% cheaper than the A4. 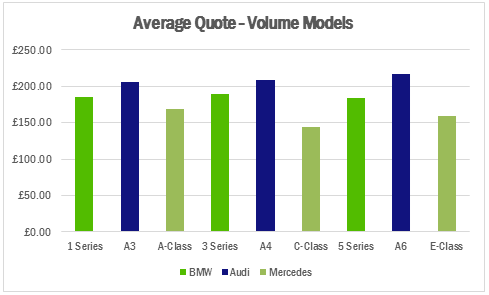 Insight #3: Routine work prices are comparable but big non-routine jobs on an Audi will cost you.

Al Preston (pictured), WCFMC co-founder, said: “Prices for the routine work (servicing, batteries, braking, exhaust and steering) remain comparable with our previous studies, the three brands are all relatively consistent with only a 5% difference between the most expensive (BMW) and least expensive (Mercedes).

"The biggest difference from our previous studies is that Mercedes was previously the most expensive in a majority of routine work whereas they now come out the cheapest overall.

"Away from central locking issues, the cost of maintaining an Audi becomes more expensive when the non-routine jobs (bodywork, clutch replacement, cam-belt replacement, and water pumps etc) are considered.

"Although they are not the most expensive for every single job type, they are much more expensive for certain specific, bigger jobs such as gearbox repairs and respraying."

Audi is, again, the most expensive on the bigger job categories as a whole, but when looking at the individual job-types, it gets more interesting.

Unsurprisingly repair work such as cam-belt, clutch, gearbox and fuel pump replacements should not be needed when a car is only a few years old – the data reflects that.

The work taken place in the first few years only differs by a few pounds.

“The gap starts to widen at the five-year mark.

“Audi repair costs leap and the gap is at its most pronounced at around year eight.

WCFMC saw quotes getting cheaper at the 12-year mark last year however there is a slight difference this year.

BMW repairs fall sharply as expected and Mercedes do drop with a small uplift at 16-years-old.

The reasons for this, as covered in the previous study, are typically due to the following:

However, Audi remains above the £200 mark on average and does not drop off at year 12.