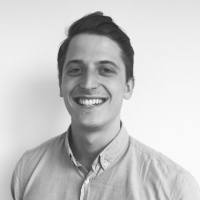 Government proposals to reduce MoTs on new vehicles from three years to four could result in a significant increase in the number of unroadworthy cars on our roads as well as a huge jump in failed tests.

While the law change could see more than two million drivers avoiding paying for an MoT each year, after analysing over 47,000 lines of data from 2016, WhoCanFixMyCar.com have uncovered that there are 44% more repairs carried out on cars in their fourth year than in their third year.

This suggests there will be a much larger proportion of unroadworthy cars on the road due to problems not being spotted with the absence of an MoT at the three-year mark.

“Worryingly, 40% of that work is replacing brake pads and discs, meaning millions of cars could be on the road with faulty brakes.

For some brands, the problem is particularly problematic, he said.

Cars manufactured by Skoda suffer 51% more repairs in their fourth year compared to their third year, whereas BMW, Vauxhall and VW suffer 52% more.

“The financial implications are not great for drivers either.

“Although two million drivers will avoid paying for an MoT each year, a significant proportion of vehicles will likely fail their MoT resulting in drivers having to spend money on repairs and a retest.”

Across every major car make and model in the UK, the average repair bill in the fourth year is £185, however, when the larger jobs such as clutch, gearbox and engine repairs are analysed, this rises to £382.

“These figures show that new legislation could put drivers at risk for the sake of saving money on one MoT test.