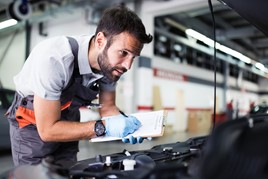 The Government has announced that after August 1 no more extensions will be available for MOT tests of cars, vans and motorcycles.

Six month extensions to MOT tests were part of the measures Whitehall announced mid-March during the COVID-19 lockdown for any light vehicle due for testing after March 30.

Now roads minister Baroness Vere has announced mandatory MOT testing is to be reintroduced from August 1 as coronavirus restrictions are slowly lifted.

Vehicles owners with an MOT due date before August 1 will still receive a six-month extension, unless they decide to get their vehicle tested anyway.

Baroness Vere said: “As people return to our roads, it is vital that motorists are able to keep their vehicles safe.

“Garages across the country are open and I urge drivers who are due for their MOT to book a test as soon they can.”

Although many workshops closed during the lockdown as only strictly-defined key workers could use them, the UK Government said now more than 90% of garages are open again, and MOT testing capacity has already reached 70% of normal levels.

It has also urged vulnerable or self-isolating owners to contact local workshops and arrange a collection and delivery service if available, so their car can be checked without them visiting the testing station.

Around one in three MOT tests were still carried out during the April and May lockdown.

Sue Robinson, director of the National Franchised Dealers Association, said: “Following the lockdown and the long period when vehicles remained unused and often unserviced, there may now be a lot of potentially unroadworthy and dangerous cars on the road. Ending the MOT extension is a step in the right direction to ensure safety as more people return to work and roads get busier."

Stuart James, chief executive of the Independent Garages Association, said the extension had left many motorists with an accumulation of faults and repair costs, and he welcomed this news as giving "clarity to garages and allow them to plan for the busy period ahead".

“This is a welcome retraction of a policy doubtless designed to provide relief to motorists. However, this additional month will allow at least 1 million unroadworthy cars to remain on the road for an additional six months, as well as the 1.6 million dangerous vehicles that have already had their MOT extended," he added.