TVR to return to production 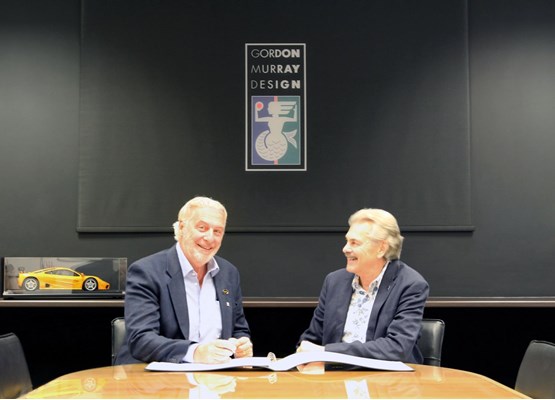 TVR has announced that it will return to the market with a new British-designed and built sports car.

The company has developed the new car in collaboration with Gordon Murray Design and Cosworth.

The car will be a two-seat sports car featuring the traditional TVR DNA of a front engine with rear wheel drive and a manual transmission, powered by a normally aspirated, dry-sumped, V8 engine, developed and engineered by Cosworth.

Chairman of TVR Les Edgar said: “We know that a new TVR has to be better than just good – it has to be outstanding.

“From the outset we only wanted to work with the best partners in the business, and both Gordon Murray’s and Cosworth’s track records within motor sport and high performance car design and engineering speaks for themselves.

“We are a well-funded, well-supported organisation and boast a vastly experienced management team. We are here to stay and we have a fully evolved ten year plan for product and business development, and are committed to deliver on all the targets we have set ourselves  - as we have done to date.

“Despite very deliberately maintaining a low profile since completing the acquisition of TVR two years ago, we have had an enormous amount of unsolicited interest from businesses, individuals and investors internationally.”

Chairman of Gordon Murray Design Gordon Murray said: “TVR’s return to manufacturing is an exciting development and the car deserves the best chassis and powertrain that can possibly be delivered.”

Cosworth technical director Bruce Wood said: “Our team has been working closely with TVR and Gordon Murray Design to develop a powertrain solution that perfectly complements the exceptional performance characteristics of the new car.”

Further details and early images will be revealed later this year, while production of the car will begin in 2017.

AM Poll
Has technology taken jobs out of your dealership? Please leave a comment
Vote
View all
214