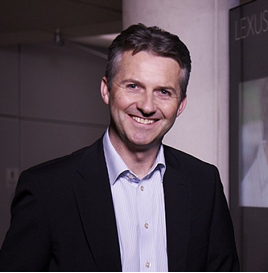 Van der Burgh (pictured) is currently director, Consumer One at Toyota Motor Europe, and has been leading the change and modernisation of Toyota’s  ‘customer first’ approach in Europe.

Prior to joining Toyota Van der Burgh held senior roles at Ford of Britain including sales director and marketing director.

Harrison returns to Toyota Europe after four years in the UK, initially as commercial director and for the past two years as president and managing director. In that time Harrison has overseen a period of continued volume growth and business improvement in the Toyota and Lexus operations in the UK.