Friday is least productive working day, according to Nissan 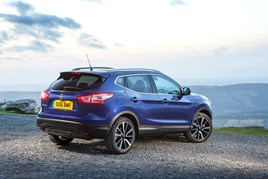 The UK workforce has admitted that Friday is the least productive working day of the week, says Nissan.

The study found that 50% of workers confessed to feeling stressed on a regular basis, which could be having an impact on productivity. 21% of workers were at their least productive on a Friday, compared to 18% who struggled on a Monday.

64% of workers confessed to looking at news and entertainment websites at work, while 41% admitted to browsing social media.

However, employees will be pleased to learn that companies seem to be more relaxed in their approach to web browsing, with 88% of workers saying that they have never been reprimanded for using any type of website for non-work purposes, whilst at work.

The research, carried out by YouGov on behalf of Nissan, surveyed 2,155 of UK adults.

Nissan conducted the study following the recent unveil of an office workstation inspired by technology in the Nissan Qashqai.

The prototype workstation was created following an observation by an engineer at Nissan’s European Technical Centre, that the vehicle’s crossover technology could boost productivity in the workplace.

The principles of Nissan’s around view monitor and moving object detection were installed to help workers stay one step ahead of their colleagues, while the addition of the vehicle’s driver attention alert helps prevent any loss of concentration and the occasional mid-afternoon lull in productivity.

The workstation also comes complete with the Qashqai’s NASA-inspired spinal seat and provides continuous support of the pelvis, lumbar, vertebrae and chest.

Vice president at Nissan’s European technical centre David Moss said: “While there are no plans to put the workstation into production it certainly seems like there could be a place for it in an office environment one day.”

Check out this video to see how the workstation works: