Europe accused of allowing carmakers like Volkswagen too long a leash 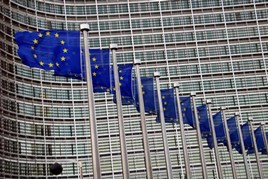 The European Commission’s motor sector head says the organisation is “extremely concerned” about what has happened at Volkswagen Group.

However, the European Union has been accused of cosying up to its powerful motor manufacturers and failing to keep them in check.

Miles Trower, competition lawyer who works with the National Franchised Dealers Association, believes the Commission’s reluctance to rebalance the powers of dealers and carmakers is an indication of how highly regarded vehicle manufacturers have been.

He highlighted that after six years of cheating it took a non EU regulator to identify Volkswagen's abuse of the rules.

“Are these types of abuse inevitable when the most powerful companies in the supply chain are left unchecked by those supposed to regulate them, and benefit from continual benign treatment.

"The permission of dramatic imbalances in negotiating power in the supply chain will only encourage further examples,” Trower said at the CECRA European Car Dealers Day in Brussels.

Trower said if a franchised dealer had identified this problem the risk to them of reporting it would be enormous, given that the Block Exemption measures designed to support the competitive independence of dealers have been abandoned and their manufacturers hold the power.

Joanna Szychowska, head of the European Commission’s automotive unit, said the Volkswagen situation could not be linked to the relationship between carmakers and their dealers.

She said the ongoing crisis is not just an issue about test procedures but also about "obligations and respect", and the Commission will “very forcefully” make sure that the rules are clear and that they are respected.

That could include further investigation and environmental legislation, she said.

Yesterday the UK's Vehicle Certification Agency announced it would begin its own investigation into emissions testing, re-running lab tests where necessary and comparing this with the results from real world testing.

At the European vehicle manufacturers body ACEA, secretary general Erik Jonnaert admitted the crisis the industry is currently facing is very serious. “This is shaking up the entire industry, it’s not good for our industry. We think first of what are the implications for consumers, because clearly it will undermine trust and confidence and that’s not good for business.”

He said ACEA will await the outcome of the investigations and advised motor industry members to keep a cool head.

“We as an industry need to work very closely with the different stakeholders involved to address this confidence issue, and more importantly the confidence in how testing is done of emissions.

“All manufacturers are aware that the way testing is done follows certain standards which are outdated, which is why we all know there is a discrepancy between the outcome of the emissions tests, done in labs in line with what the law requires, and real driving conditions,” he said.

All manufacturers in ACEA are in favour of stronger emissions testing, but results will never be black and white, he said, due to the variables in real life driving.

Jaap Timmer, outgoing chairman of CECRA’s European Car Dealers trade body, said the Volkswagen situation is very important not just for VW and its dealers, but for the image of the industry.

“It looks today as if everybody is losing except the lawyers. Let’s keep our fingers crossed that this will end without too much turmoil,” Timmer said.

VW steps in to help US dealers

VW has already rolled out a series of financial assistance programmes to help its US dealers in the wake of the emissions scandal.

According to a memo to dealers obtained by Automotive News, VW is guaranteeing bonus payments for cars sold in September and is introducing a “floorplan finance reimbursement plan”.

VW issued a stop-sale order for its 2015 diesel vehicles in the US, effectively stopping sales for 20% of its volume in the country. The reimbursement plan includes funding to help pay for stocking costs on dealer forecourts.