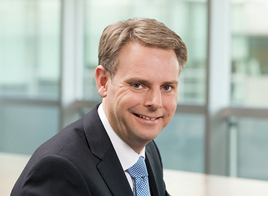 Balshaw (pictured) moves to his new role after almost five years as Director of the Lexus Division. He has been part of the Toyota (GB) team since 1994, when he joined the company as an area after sales manager. During his time with the company has also worked as general manager, Toyota and Lexus Fleet Services and, from 2009, sales director.

Steve Settle is retiring after 36 years’ service with Toyota. He joined Toyota (GB) in 1979.

He moved to Toyota Motor Europe in Brussels in 1998, where he worked as director of the Customer Services Group. On his return to the UK in 2005 he became director of the Lexus division.

Paul Van der Burgh, Toyota (GB) president and managing director, said: “Steve has made a significant contribution in the many roles he has held during his time at Toyota (GB) supporting both the Toyota and Lexus brands and the UK retailer networks. He provided invaluable assistance to Toyota Motor Europe during his seven-year international assignment.

An announcement about Balshaw’s successor as Lexus division director will be made in the New Year.