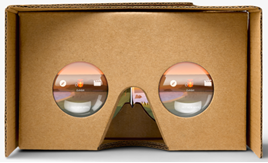 Jaguar Land Rover first launched a VR experience in September 2014. It allows customers in dealerships wearing a headset to choose the model, make, colour and features of a car.

The experience also allows consumers to get into the car to check out interior features with a 360-degree view, and to make real-time changes.

Robert Herd, head of communications at Jaguar Land Rover UK, told Marketing Week VR is having a major impact on the brand.

Jaguar is about to launch its #FeelWimbledon VR campaign as part of its tennis tournament sponsorship. VR users are placed on centre court to experience the atmosphere while hitting the winning shot as Andy Murray.

The virtual reality experience will debut at Goodwood Festival of Speed before being placed at London Waterloo station for the duration of the tournament. It will also be distributed at Jaguar’s car dealerships via 20,000 Google Cardboards.

“We felt there was a perfect opportunity to build something cutting edge for Wimbledon and we want the public to experience hitting the winning smash and how that feeling of joy has similarities to driving one of our cars,” Herd told Marketing Week.