Vauxhall aware of Zafira B fires since 2009 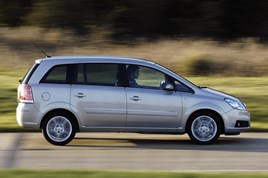 Vauxhall bosses have told MPs that the brand became aware of a fire fault in the Zafira B back in 2009, admitting that it was “fortunate” no one has been seriously injured since.

More than 300 Zafiras have succumbed to the fault caused by a problem in the heating and ventilation system, which the manufacturer had originally claimed it first became aware of in September 2014.

Hope told the Transport Committee: “Often when fires are reported it is not clear , because the vehicle has been totally destroyed, or because we don’t have access to the vehicle to inspect it.

“For those vehicles prior to 2014, we didn’t have enough evidence from the reporting system to identify this as an issue.

“We definitely need to be more assertive and more determined in making sure those inspections happen.”

Charlie Klein, executive director for Global CO2 at General Motors, who was vice president of vehicle engineering in Europe at the time the issue came to light, said: “The fact that there have been no serious injuries is very fortunate.”

Vauxhall discovered that improper repair of the blower motor resistor and its thermal fuse, which is designed to protect the blower motor system, had caused the problem on Zafira B models sold between 2005 and 2014.

The repairs could lead to overheating of the system’s electrical components and the potential for a fire.

While compensation for customers is not on the table, Vauxhall the issue is expected to cost GM company £33.6m.