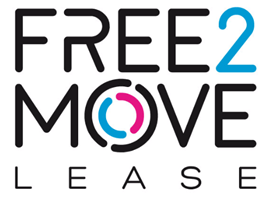 The PSA Group has launched Free2Move Lease, a new contract hire brand which has been formed from the merger of Citroën Contract Motoring and Peugeot Contract Hire.

Free2Move Lease sits within the newly created Free2Move brand, which launched in October and brings together the Group’s mobility services, including car sharing, connected services, fleet services and leasing.

He told Fleet News: “In the first instance we are concentrating on our core business, which is contract hire. Our focus is to use the strength of both organisations (Citroën Contract Motoring and Peugeot Contract Hire), bring them together, and to be able to create a stronger leasing company and a better proposition for our customers.”

The new brand has a combined fleet size of more than 64,000 vehicles. Citroën Contract Motoring had 44,777 while Peugeot Contract Hire had 19,286.

Free2Move Lease is the first division of Free2Move to be launched in the UK. Other mobility services will follow some will be aimed at retail rather than fleet customers.

The PSA Group began communicating the changes to its customers last month.

“It’s a trading style change from Citroën Contract Motoring and Peugeot Contract Hire to Free2Move Lease with PSA Finance still being the legal entity for the finance contracts,” Chumley said. “Existing websites will remain and then over time we will slowly close those down and replace them with a new one.”

For the first time there will be dedicated residual value (RV) and service maintenance and repair (SMR) management resource rather than this being looked after by Peugeot and Citroën DS.

Chumley expects the SME channel to remain the backbone of the new business as the majority of business has traditionally been through the dealer networks. 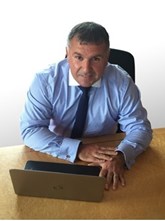