Nissan dealers could be called on to sell 'home energy solutions' 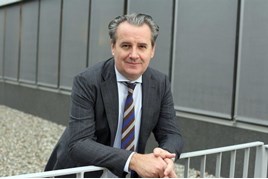 Nissan will use connected technology and factory-fit options to free up workshop hours and may call on dealers to sell home energy solutions, its vice president of aftersales admitting “the role of our dealers is changing”.

Nissan Europe’s Vincent Wijnen outlined the Japanese plans to grow its aftersales revenues 40% by the year 2022 at a conference entitled Transforming the Ownership Experience in Munich this week and suggested that its retail network’s priorities may be shifting.

He said: “We can no longer rely on what happens in the showroom, even to the extent that certain things will be sold online.

“The dealer needs to be aligned with this, you need to see that when you walk into the showroom. In that way you have added value for the customer.”

Wijnen added: “You can only win in this game if you share and are fully transparent between the manufacturer and the dealer.”

This week’s conference revealed that connected car technology and personalisation were central to a new strategy which Wijnen claimed would buck a trend which has seen Europe’s aftersales industry shrink by 4% in 2015, 5% in 2016 and defy projections of a further 6% fall this year.

More reliable cars, EV cars with fewer serviceable parts and increased road safety are the reason for the change and the impact is being felt across the industry.

In the last 10 years the number of road traffic accidents in Japan has fallen by 60%. Europe has experienced a 30% drop in the same period and Wijnen said: “For us that means a huge drop in business.

“We need to offer other products and services and they will be in personalisation and connectivity.”

These two areas will contribute 30% of Nissan’s projected aftersales growth, Wijnen said, adding: “We are going to be unlocking new revenue streams that we have not had before.”

Nissan plans to streamline its aftersales operation by delivering a connectivity to users of all Nissan’s, including a “plug-in” offering for used vehicles.

Connected devices will be available as a dealer option starting in Japan and India, and expanding to other markets and as a free addition to used cars, giving customers advanced notice of a service via a phone app and even automatically ordering parts to ensure dealership availability.

Customers will also be able to track their fuel consumption and plan journeys through the connected app and potentially benefit from cheaper insurance if an insurer is allowed to access their driving data.

Data as an asset

Wijnen said that Nissan’s systems would be fully compliant to all data laws and that the business would not pass-on data unless it was in the customers’ best interests.

But clearly identifying the potential worth of the brand’s new asset, he said: “Google and Apple aren’t really interested in building cars, it’s an art and it’s quite expensive. They are interested in the data.

“We have already proved with electric cars that we can lead the market and we have already employed 300 in France and Japan just to make us connected. We want to be a leader in this sector, not just for the few, but for everybody.”

He added: “As it is now a customer might walk out of a showroom and we won’t see them again for a year. We might send them some correspondence in the meantime, but it’s not the most intelligent sometimes.

“The whole idea behind this is that we get a better understanding of what a customer does and more targeted in terms of what we can offer.”

Wijnen said that Nissan’s new connected technology could help to boost customer retention in aftersales to 55%, from its current 49% for the brand’s 10-year car parc in Europe.

He also wants to boost dealership profits. He said: “The growth that I talk about, the plan to grow aftersales by 40%, most of that growth will go through our dealers. They will grow as much as we will grow.”

The path to personalisation

Personalisation is another key area where Nissan sees aftersales profit, but Wijnen acknowledges that a shift towards greater personalisation which sees options fitted at the factory – in France, in the case of the new Micra – is a more sensitive subject for dealers.

Currently, 80% of Jukes sold are personalised in some way, helping it to be the brand’s third most profitable car.

Wijnen said: “Take the accessory fitting out of the dealership and to the factory or the port and the dealer then doesn’t have to source the part and assign workshop time to the fitting. Penetration improves as a result too, you just have to make sure that the dealer is still making money.

“The big benefit from handling personalisation and accessories in this way is that it frees up workshop capacity which dealers can then sell to their retail customers.”

This week’s Munich conference brought confirmation that Nissan would be embarking on an online sales platform, but no date for its arrival was given.

While that threatens to reduce the role of the dealer still further – added to the reduction in parts and accessories business in workshops – new revenue streams may become available.

Asked whether Nissan’s retailers would be called upon to handle sales of the business’ V2G systems in future, Wijnen said “We are not excluding dealers necessarily”, before adding: “In Germany we are looking to include dealers in the process. I think it’s not a bad idea particularly because dealers are switched on to selling EV… To sell the energy solution? Why not.” 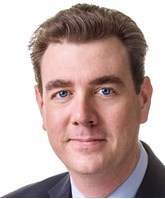