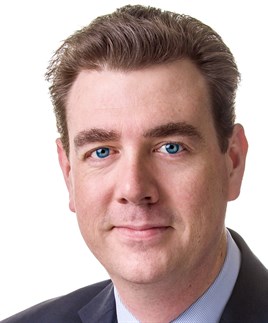 Nissan Motor (GB)’s new managing director Alex Smith has indicated that the brand will keep an “open dialogue in terms of cost of franchise” as it tackles the economic headwinds of 2017.

Smith took the Nissan helm after last year’s Paris Motor Show where outgoing managing director Jim Wright told AM that dealers’ disappointing NFDA Survey scores were down to changes to margin made at the time of a GPU fall from 1.3% to 1.1% in April last year.

Greater demands on dealers’ provision of courtesy cars was also cited as a bone of contention, Wright describing the situation as “a perfect storm” for the network.

Nissan’s overall rating in the NFDA Survey fell to 5.3 in the summer survey, from 6.6 in winter (the industry average rose from 6.1 to 6.2 over the same period).

Speaking to AM at the launch of the new Nissan Micra, however, Smith refused to reveal the network’s current GPU or RoS and was circumspect when questioned about dealer profits heading into 2017.

Wright said that the market was “not too volatile” to set targets in the coming year, but suggested that there may be scope for flexibility in the amount of profit achieved by dealers as the manufacturer weathers a potential economic storm.

Nissan’s growing car parc in recent years should see dealerships benefit from greater profit potential from aftersales in 2017, according to Smith.

The guarantee of a courtesy car which reflects a customer’s needs is part of the pledge.

Smith said that an early meeting with Nissan’s NDA in November had seen him air proposals for 2017 with key partners and make key introductions.

He said: “We discussed the priorities of the brand and of dealers.”

Smith said: “We’ve seen a dramatic recovery since the financial crisis but one of the things that struck me coming into the job was a power point chart of Nissan sales which showed just how meteoric the growth has been.

“The scale of the business is no longer what it was five or six years ago. The important thing for me is that the infrastructure in the network is right for those new volumes and aspirations and that the quality of service is maintained for our customers. I don’t see that as the network’s responsibility. I think we can streamline processes to make things leaner and more straightforward so that the network can do its job with fewer headaches and hurdles.

Asked whether the changing demands of the network might mean greater consolidation and the introduction of large group ownership to a larger portion of the network, Smith said that quality of service was all that mattered.

He said: “What’s critically important is that we continue to ensure that, at a local level, customers receive the best possible service.

“It isn’t possible to change your ownership model to make that happen. We have well-motivated, well-trained staff in our dealerships and that is what matters most.”

Nissan are entering what Smith described as a “fortuitous period of product introduction” in 2017, with Micra and Note being replaced by the new Micra in March and heavily revised versions of the Qasqai and X-0Trail arriving later in the year.

Prices for the Micra start at £11,995 with a projected PCP offer from £169-per-month given ahead of an official announcement on RVs.

The newcomer is the fifth-generation of the Micra hatchback and will be built on Renault’s Clio production line in France.

Visia, Visia+, N-Connecta and Tekna trim grades are available along with the option of 75PS or 90PS petrol engines or a 90PS dCi turbodiesel.

A lane departure warning and autonomous emergency braking are among the standard features in a transformed B-segment contender which is is now one of the widest and lowest contenders in its class.

Smith described the new Micra as “a car that shares little more than a nameplate with its predecessor”, adding: “We are now hitting right at the heart of the B-segment.

Nissan hope that the new Micra will move into the UK’s top ten best sellers from its current 15th place, meaning annual sales of between 18,000 and 20,000-per-year.