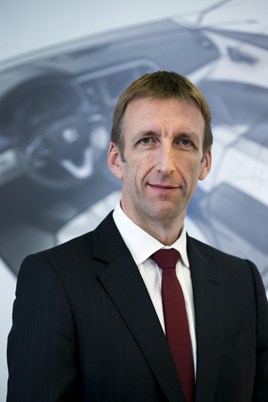 Poor dealer profitability in 2016 has led Seat UK brand director Richard Harrison to describe it as “a year of consolidation”.

“Last year we had to get the balance back into the business; the previous year dealer profits were not good enough,” Harrison said.

“So we changed our approach to do healthier sales focusing on quality of business not volume growth outright.”

As a result of the business readjustment, retailer profits hit record levels in 2016. It wasn’t the only record: brand awareness and desirability also hit new highs, according to Harrison (pictured).

“It was a really good year.”

“We have a healthier channel mix and we are seeing an increase in residual values as well,” Harrison said.

“This year, our order take is at record levels. We have slightly more demand than supply so we will keep it at that level.”

He expects Seat to finish the first quarter with a record market share of more than 2%, largely driven by the Ateca SUV, and anticipates staying at that level for the rest of the year.

However, should the market suffer a downturn, as widely forecast for the second half, Seat is in a strong position.

“We are in a good shape with light stock and more building to order. So if the market does slow down we are in a position to react,” Harrison said.

“We are seeing some horrific late month numbers but we are at record lows. We do not play at the end of month pre-registrations.”