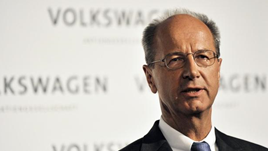 Volkswagen, Daimler and BMW face a new diesel emissions-related backlash following claims that monkeys were exposed to diesel fumes as part of scientific test carried out on the German premium brands' behalf.

According to the New York Times the German car manufacturing trio funded the experiments as part of a bid to defend the fuel's impact on the environment.

The research was carried out by the now defunct European Research Group in the Health and Transport Sector (EUGT) at a lab in Albuquerque, USA, in 2014.

Having made a public apology the chairman of VW's supervisory board, Hans Dieter Poetsch, said on Monday: "I will do everything possible to ensure that this matter is investigated in detail."

Reuters reported that Thomas Steg, Volkswagen’s chief lobbyist told German daily newspaper Bild “we want to absolutely rule out testing on animals for the future so that this doesn’t happen again".

Daimler, which owns Mercedes-Benz, told the AFP news agency that it "condemns the experiments in the strongest terms", adding in a statement: "Even though Daimler did not have influence on the study’s design, we have launched a comprehensive investigation into the matter.”

A statement issued by BMW said that it "did not participate in the mentioned studies".

According to the New York Times report, details of the vehicle emissions experiments were disclosed in a lawsuit brought against Volkswagen in the United States, offering a rare window into the world of industry-backed academic research.

It reported that monkeys were exposed to diesel exhausts from an older vehicle while others to fumes from a more modern car during tests carried out in air-tight containers.

In a seperate experiment it was alleged that the effects of NOx emissions was also conducted on human subjects.

The animal testing allegations come as London's High Court was asked to approve an application by law firms Your Lawyers and Slater & Gordon for a group litigation order (GLO) — similar to a
US class action lawsuit — which will enable the legal action to proceed in March.

The Finacial Times reported that 60,000 Volkswagen owners had now signed up to the action, 10,000 having signed up with Your Lawyers, Slater & Gordon attracting a further 45,000 and other law firms such as Leigh Day also attracting applicants.

Volkswagen said in a statement to the FT that it would "robustly defend" the allegations against it, adding: "We do not anticipate that any of our UK customers will have suffered loss as a result of the NOx issue."