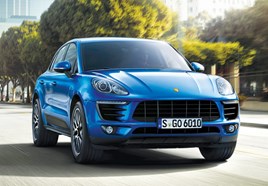 Porsche has brought an end to production of its diesel variants after wielding the axe on the Macan S Diesel and Panamera 4S Diesel.

The German premium brand has ended its diesel car sales nine years after introducing its first diesel-powered vehicle to market in the form of the first Cayenne SUV, citing a “cultural shift” among its customers.

Autocar reported that a Porsche spokesman had said diesel’s removal from its range was also linked to “another software update” that has been subject to an “ongoing consultation with the authorities”.

The magazine suggested that that Porsche had decided against re-engineering the Macan S Diesel to conform to the new Worldwide Harmonised Light Vehicles Test Procedure (WLTP) standards.

Despite the withdrawal from diesel, Porsche’s shift towards EV and hybrid drivetrains for its range of vehicles is far from fully realised.

There is currently no hybrid option for the Macan and its headline-grabbing Mission E sports-saloon not due to be launched until 2020.