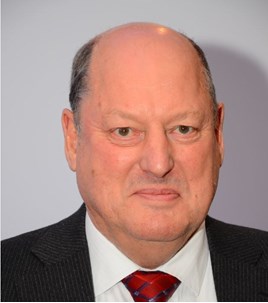 The impact of motorists’ shift from diesel to petrol-powered vehicles could create a “culture shock” for used car retailers in two years’ time, the VRA has claimed.

Diesel vehicle penetration’s drop from around 45% to 35% in the used car market “will probably mirror that currently being seen in the new car sector”, according to the trade body, which represents businesses that process 1.5 million cars for remarketing every year.

Glenn Sturley, chairman at the VRA, said that this could result in a culture shock for used car retailers, if the transition is not well managed.

Sturley said: “The fact is that the fuel mix of new cars being sold now will inevitably feed through into the used car market, even though there will be a time lag.

“The speed of transition to petrol – and also potentially to hybrids – is something that has caught almost everyone by surprise, especially when you look at what is happening in the fleet market, and it will materialise in the used sector in a similar manner.

“At the moment, diesel is so prevalent in the used car sector that it is the only option facing customers buying in many sectors. However, within a couple of years, improved supply of petrol models will mean that more and more of them have a choice.

“Dealers who have sold almost nothing but diesel models for many years will inevitably find that this is something of a culture shock and a key task will be ensuring that any corresponding reduction in demand for diesels is well managed.”

Sturley said that the VRA did not foresee any collapse in diesel values but that there would be a gradual realignment over time.

“Our view is that diesels will remain a very attractive choice for used car buyers because of their economy and reliability,” said Sturley.

“Plus, Euro 5 and especially Euro 6 diesels are unlikely to encounter any emissions legislation problems.”

He added: “However, there is likely to be a growing number of used car customers who definitely want to buy a petrol model and, against that trend, dealers need to ensure that the advantages of diesels are positively promoted. There has been so much disinformation around in the mainstream press and elsewhere that diesels may well need this kind of support.

“Also, it is important to ensure that the basics of used car retailing are properly maintained, that these vehicles are presented in the best possible condition and with a full history.

“As an organisation, the VRA is monitoring the situation closely and one of our member meetings this year will be dedicated to the issue of managing falling diesel demand.”