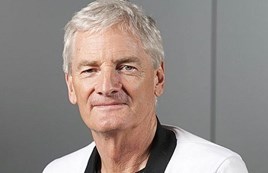 Dyson remains poised to become one of the biggest disruptors to the EV market with plans to boost the development of its electric car range with the recruitment of 300 additional engineers.

The Wilshire-based manufacturer of everything from hoovers to hairdryers is aiming to deliver a low-volume EV into the market by 2019 and has plans to follow-up an initial run of around 10,000 vehicles with two mass-produced models, Autocar reported.

Dyson already has 400 employees working on its electric mobility operation, but is now looking to fill an additional 300 automotive vacancies.

The appointments will coincide with the business’ move into a 750-acre campus at Hullavington Airfield which will be Dyson’s second research and development site in Britain.

James Dyson originally announced his plans to produce EVs in a message to employees of the business in September 2017, revealing: “I’m committed to investing £2bn on this endeavour.”

Reporting on the progress of Dyson’s plans, Car Magazine said that the business had the potential to deliver game-changing EV performance due to innovations in battery technology.

The magazine reported that Dyson had “geared-up” for an EV push thanks to its $90m acquisition of battery company Sakti3, which claims to have developed solid-state lithium-ion batteries producing over 400Wh/kg energy density – almost “double the punch” of Tesla’s Panasonic cells.

Car said that such a development would effectively double an EV’s range while potentially slashing costs to $100 (£69) per kilowatt-hour. It reported that this was “the tipping point at which EVs start to rival petrol/diesel-powered cars on costs”.