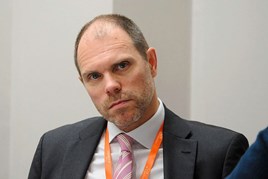 The National Franchised Dealers Association is among automotive sector representatives who have given evidence to the Business, Energy and Industrial Strategy Committee ahead of a publication of a report into EV adoption.

Written evidence submissions from automotive sector representatives were published online today and had been submitted as part of the current inquiry and in response to the previous committee's inquiry from before the General Election.

Submissions include those identifying barriers to the development of the electric vehicle market, the impact on the electricity grid and how best to fund the infrastructure needed for an expanding market.

Sue Robinson, director of the NFDA, said: “It is positive to see that the government has called on the NFDA to give evidence on issues currently affecting the development of the electric vehicle market and the potential opportunities this will provide for the automotive industry.

“We will highlight that the Government must continue to support the uptake of electric vehicles as the industry faces a crucial phase of transition.”

Rachel Reeves MP, Chair of the Business, Energy and Industrial Strategy Committee, said: "The UK has a strong automotive industry and the development of electric vehicles provides an exciting opportunity for the sector to retain a competitive edge.

“The transition to ultra-low emissions vehicles is an essential part of the UK's strategy to build a successful low carbon economy and we want to find out if Ministers could be doing more to support the market and remove current barriers to development.

“The Committee is looking at the challenges greater electric car use poses for the electricity grid and what sort of new infrastructure is needed to support the expansion of the market.

“We also want to investigate whether the Government's target of phasing out conventional diesel and petrol powered cars by 2040 is sufficiently ambitious and how best the powers in the Automated and Electric Vehicles Bill currently going through Parliament could be used."