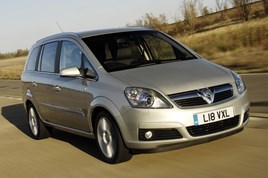 The Driver and Vehicle Standards Agency (DVSA) is investigating how Vauxhall has handled a spate of fires involving the Zafira 'B' people carrier.

The DVSA has confirmed to the Commons Transport Select Committee it is working on the case with Trading Standards officers in Luton, where Vauxhall is based.

A report by the Transport Select Committee found Vauxhall was slow to begin a full investigation into the fires and acted prematurely by attributing the cause to improper repairs by third parties.

The DVSA’s investigation is attempting to reveal who at the company had knowledge about the problem and when they found out.

DVSA head of counter-fraud and investigations Andy Rice told the Press Association: “We have made it clear to manufacturers that to protect consumers, they should swiftly rectify problems and meet their obligations under the code of practice.

“DVSA will take the necessary action against any manufacturers who fail to comply with their obligations.”

DVSA has been working along trading standards officers since last October as it does not have the authority to launch its own criminal prosecutions.

Vauxhall said the fires were caused by unauthorised repair of the thermal fuse in the people carriers’ blower resistor, and in December 2015 it recalled 226,000 Zafira B MPVs for an inspection.

On February 2, 2016 the manufacturer became aware of fires in vehicles after they had been recalled, but it was not until the third week of that month that it informed the DVSA, according to the select committee. A second recall was announced in May 2016.