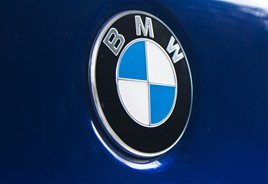 BMW has issued a recall for over 300,000 cars in the UK following a DVSA investigation which concluded that certain models could stall without warning.

The premium German car manufacturer will advise the owners of 312,000 vehicles – including the BMW 1 Series, the 3 Series, the Z4 and its X1 petrol and diesel models made between March 2007 and August 2011 – that their vehicles should be returned to its franchised network for a solution to be administered.

However, the BBC said that BMW had now recognised there may have been similar problems in cars not covered by the first recall.

BMW’s initial vehicle recall came after the death of Narayan Gurung, who was travelling with his wife on Christmas Day in 2016 when their Ford Fiesta crashed into a tree to avoid a broken-down BMW in Guildford, Surrey.

As AM reported online last week the manufacturer was criticised for not making UK safety officials aware of a fault which led to one of its cars being involved in a fatal collision.

The car brand hadn't informed the DVSA about electrical faults which could stall its cars and lead the brake lights to fail despite first receiving complaints about the fault, on 1 Series, 3 Series and Z4 models, five years earlier, and at least five cars had been fixed under warranty.

On Christmas Day 2016, a stalled BMW on a dark A-road forced Narayan Gurung to swerve his Ford Fiesta, losing control and colliding with a tree. Gurung died at the scene and his wife was seriously injured, an inquest was told last week.

The inquest at Woking Coroner's Court was told BMW had received complaints of an electrical issue that caused a total power failure as early as 2011.

The Driver and Vehicle Standards Agency said: "BMW did not make DVSA aware of electrical failure in its cars between 2011 and 2014, as it is required to do.

"It then provided us with incorrect information about the faults, so we were not able to make an informed decision."

In February 2016 DVSA held a meeting with BMW, at which the carmaker told officials the faults were under control and no UK vehicles were recalled.

At that meeting the  DVSA's lead engineer Andrew Tudor warned: "We do not want a fatality".

After examining growing evidence, DVSA contacted BMW in December 2016 - the same month Gurung was killed - to ask it to conduct a full safety recall of the affected vehicles.

In the USA BMW recalled 500,000 cars in 2013 to address the problem. Smaller recalls were also made in Australia, Canada and South Africa. 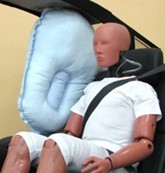