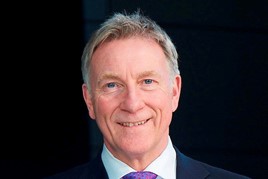 Lexus has been given the title of the UK’s most trusted car brand by Which?, the consumer organisation, following a survey probing the real-world ownership experiences of almost 44,000 drivers.

This latest success comes just a few months after Lexus was named Which? carmaker of the year.

Which? declares in its September issue: “Lexus comes out on top as the brand you can trust most. Its cars suffer a fraction of the number of faults you typically expect, and they get back on the road much more quickly.”

Its survey found that just one in 10 Lexus cars had developed a fault in the past year, less than half the average.

The great majority of those problems were not serious, with “only a tiny fraction” of owners experiencing a breakdown, and most issues being corrected in just over a day – half the usual repair time.

“Which? has an excellent reputation for campaigning for the best service and products for consumers, which aligns perfectly with the customer-focused ethos that has been the DNA of the Lexus brand since it was founded 30 years ago," said Ewan Shepherd, director of Lexus in the UK.

"We design our cars to be of superior quality, and make sure that if a problem does occur, our award winning retail network are able to put things right with the least inconvenience.

"This is a relentless focus for us and has, over time, continually built trust and loyalty from our customers, and has earned us the distinction of being a Which? trusted brand.”