Jardine Motors Audi in Milton Keynes has been evacuated after part of the first floor covering the showroom's workshop area collapsed, at midday today.

According to a statement the group released on its website, it is currently investigating the cause and the extent of damage. No one was injured in the collapse.

Its Business Continuity Plan has been enacted to help provide a suitable service level to customers as soon as possible, alongside the support of the Audi dealership team.

Buckinghamshire and Milton Keynes Fire and Rescue Service were called at about 12.30pm.

"One appliance and crew from Broughton attended, along with two officers. About 20 vehicles fell through to the workshop. The building was safely evacuated before it happened. No one has been injured.

"Building control and construction engineers also attended. The services were isolated and the building was left with the occupier."

All customers directly affected by the incident are being contacted.

Below is a picture posted on Twitter following the incident 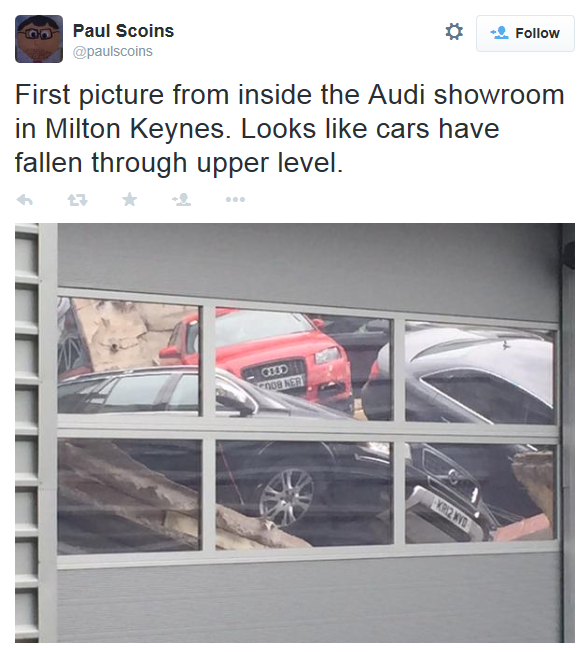