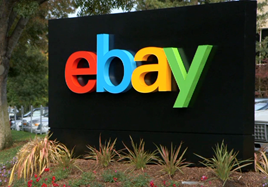 Top performing players in the automotive industry and best sellers on eBay Motors were celebrated at the event, held at the Plateau Restaurant, Canary Wharf.

Perrys’ digital marketing manager Lee Manning said: “We are absolutely delighted to win the award; it’s a fantastic achievement for the group and great recognition for all the work our people have done.

“To win the top digital award at the eBay Motors Dealer Group of the Year Award two years in a row shows that our dealerships have really taken to heart our commitment to creating a seamless offline and online customer journey."

Four of the awards were voted for by eBay users, winners included:

Tyre Brand of the Year – Michelin

Oils and Lubricant Brand of the Year – Castrol

Commercial director, eBay Advertising UK, Alessandra Di Lorenzo said: “It’s been another fantastic evening here at the eBay UK Motors Awards, acknowledging the best of the motoring industry. Online retail continues to play an increasingly important role in the automotive industry, indeed, a car is bought via mobile every two minutes on ebay.co.uk with a car, motorcycle or part and accessory sold every second.

It’s great to see brands taking advantage of the digital opportunity and we look forward to welcoming new players to eBay so that they too can have access to the 18 million active users who visit eBay in the UK every month.”

AM Poll
How soon will your business recover after the Coronavirus threat is over? (Please leave a comment)
Vote
View all
258