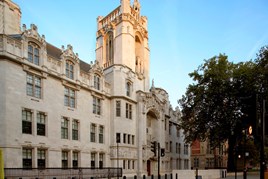 The UK’s Supreme Court has ruled that a KPMG scheme to enable dealer group Pendragon to recover VAT on demonstrator cars sold as used cars was “abusive” of the law.

Its decision earlier this month has overturned a previous Court of Appeal ruling on the scheme, which Pendragon used on two occasions in 2000 and 2001.

Normally when a dealer group buys new cars for use as demonstrators it will pay VAT on the full sale price and then recover the input tax.

The scheme, devised by KPMG, exploited three exceptions to the normal incidence of VAT so that Pendragon would only have to account for VAT in respect of the difference between the wholesale purchase price and the retail sale price of its demonstrator cars.

Under the scheme, Pendragon bought cars from a wholesaler then sold them to four captive leasing companies which immediately leased the cars to Pendragon dealerships and then assigned the leases and their title in the cars to an offshore bank.

Some 30 to 45 days later the offshore bank transferred as a going concern the lease agreements and title in the cars to Captive Co 5. The demonstrator cars were sold to customers by the dealerships, acting as agents for Captive Co 5.

Customers paid VAT only on Captive Co 5’s profit on the sale, rather than on the total sale price, under the 'profit margin' scheme, which is available under UK law where goods are acquired as part of a business transferred as a going concern.

HMRC accepted that the scheme technically worked, as the conditions for exemption from VAT and for the margin scheme were satisfied. However, it argued that the scheme breached the EU legal principle of abuse of law and so the VAT advantages could be denied.

Lord Sumption said that the application of the abuse of law principle to tax avoidance schemes "calls for a difficult balance to be drawn" as schemes are rarely directed exclusively to tax avoidance and generally have some concurrent commercial purpose. The judge said the steps taken by the scheme  were "manifestly included" not for the purpose of facilitating the obtaining of credit from the offshore bank "but for the sole purpose of legally recharacterising a transfer of cars without incurring net liability on the price".

The Court said that the transactions should be redefined by stripping out the five captive companies, so that the dealerships would be accountable for VAT on the full second-hand price of the cars.

Darren Mellor Clark, a VAT expert at law firm Pinsent Masons, said: “This case appears to constitute further indication that, in tax, there is the same dynamic of inherent obsolescence as is to be found in technology and the proponents of Moore’s Law.

“The scheme relates to transactions conducted in 2000 and 2001 and then evaluates those via the considerations and context of 2015. It appears that 'old technology' is unlikely to be acceptable to today’s Supreme Court.

“Their Lordships appear to caution users of arrangements with legitimate commercial purpose if that purpose supports accrual of a tax advantage as its key aim.”