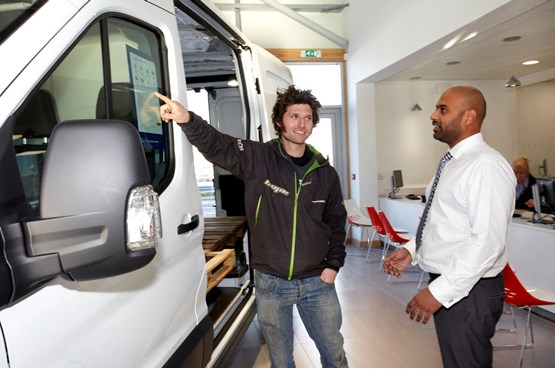 TrustFord has opened a new state-of-the-art Fleet and Commercial Vehicle centre in Dagenham as part of its ongoing investment in the local area.

Employing 50 members of staff from across the region, the £2.5m TrustFord Dagenham Transit Centre is the first of its kind to be built from scratch in the UK.

Spread across two acres in Orion Park, the new Transit Centre replaces the previous TrustFord Dagenham site in River Road. It features a new showroom, 14 workshop bays, and a breadth of vehicle servicing options, including late night opening to 9pm.

The manufacturer-owned dealer group employs approximately 125 people in the Dagenham area and has a turnover of £1.7 billion nationally and £118 million in the region.

Speaking at yesterday’s opening ceremony, attended by local dignitaries, customers and partners, Steve Hood, chairman and chief executive at TrustFord said: “We have a very long and proud heritage in Dagenham and this new investment in the area marks another important milestone in our business. The TrustFord Dagenham Transit Centre enables us to provide an exceptional level of service to our fleet and retail customers across the whole of London.”

The centre itself also signifies a new vision of a fleet and commercial vehicle dealership, in line with TrustFord’s strong environmental credentials.

As well as getting a tour of the new facility, he met with TrustFord’s apprentices to share his advice on being a mechanic and his passion for Ford Transits.