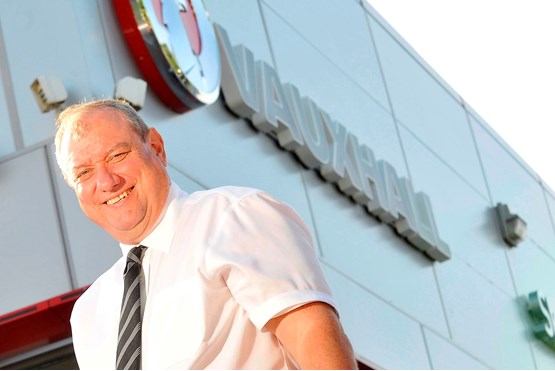 The name behind the oldest car franchise in the UK has finally been removed from the side of its final dealership – following the sale of Skurrays Oxford to the Eden Motor Group.

Established as a family business by Ernest Clement Skurray in 1899, Skurrays was the longest-running franchise dealer in the UK – having enjoyed a relationship with Vauxhall for over a century – before the sale of the Oxford showroom was completed last week.

The final Skurrays business has already been re-branded under the Eden name following the sale, for an undisclosed fee.

Eden Motor Group managing director Graeme Potts said: “Of course we were aware of the significance of the Skurrays name and it is always sad to see an established name leave the landscape, but we have our own successful brand and it has been our policy to re-brand all our sites with the Eden name.”

Former Skurrays Group MD, Nick Plevey, signed the deal with Eden less than a fortnight after the announcement that Skurrays dealerships in Swindon and Marlborough had been sold to London-based Now Motor Retailing.

Speaking to AM, Plevey – who bought the business with business partner Nigel Harvey in 2009 – said: “The simple truth of it is that I’m 60 now and I’m going to start my retirement. I started work serving petrol at 14 and it’s been none stop ever since. I’m ready for a break.

“Throughout my time here we’ve enjoyed excellent backing from Vauxhall Motor Holdings and it’s a relationship that the brand has maintained with the Skurrays name for over a hundred years.

“The biggest loss in all this is the loss of the Skurrays name.”

Ernest Clement Skurray first entered into a contract to buy and sell Accles Turrell cars, from an old chapel building in Princes Street, Swindon, in 1899.

It is believed that this was the first formal contract for the sale of cars in the UK and Skurrays were the first motor dealers in the UK.

Ernest Skurray was involved in the Skurrays business until his death in 1940.

His family continued in the business until 1960 when they sold their interest.

The purchase of Skurrays site at Oxford Motor Park, Langford Ln, Kidlington, last week took the Eden Group’s total outlets to 17, with the acquisition of a further Mazda franchise set to be completed next week.

Potts said that the acquisitions will see the Group’s workforce rise to over 600 and the forecasted turnover for 2016 to around £300 million.

He said: “As a group we have a growing reputation for making a success of the dealerships we acquire and I’m sure that will be the case with our latest acquisitions.”