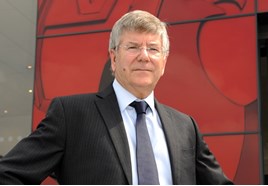 This was despite incurring losses of more than £600,000 integrating two new businesses into the group during the second half of the year.

Turnover rose to just over £484m, a 10% increase on the previous year.

The Derbyshire-based group saw retail and local business sales increase 7.8% from 22,178 units in 2014 to 23,917 in 2015 helped by 786 sales from new franchises in Lincoln and Doncaster, new car finance deals and manufacturer discounting throughout 2015.

New and used car finance penetration rose again to 64%, helping to increase overall revenue from finance and insurance products by 9%.

Revenues in aftersales departments also rose with turnover up13.4% and in increase in margin in both the service and bodyshop departments.

Employee loyalty has also improved. 43% of the workforce has now been with the business for five years or more.

Pentagon also reports a good year for the digital side of their business, with unique website visits up by 13% and car and van enquiries via online channels increasing by around 26% over the past12 months.

Pentagon Group chairman Trevor Reeve said: “We set ourselves a big challenge last year when we agreed to add eight new franchises to the group, which included four manufacturers that were brand new to the business”

“Our first dealership opened in Derby in1991, so in what is our 25th year I’m confident that we’re all geared up for a third record breaking year of success”.

This year Pentagon has already opened a new Mitsubishi site on Outer Circe Road in Lincoln.

Pentagon has taken over the franchise from Charles Warner, leasing half of a three-acre site from it after Charles Warner decided the site was too big for its needs and agreed with Mitsubishi Motors in the UK that Pentagon should take its place.

It has also been awarded the Arbarth franchise for Huddersfield.