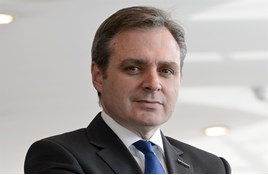 Vantage Motor Group has seen its turnover rise above £200m for the first time as the business added five new sites 2015.

The group invested a total of £15.8m expanding its portfolio from 19 to 24 franchised dealer sites in the year ended December 31, with Honda Bradford and Skoda Morecambe added before the end of February.

In December it then acquired Lookers’ two Toyota dealerships and a Lexus operation in West Yorkshire.

Company Secretary Timothy Swindin said: “The directors are pleased to report that the group has made a healthy profit in the year whilst continuing to integrate businesses acquired and making further investments in new facilities.”

AM Poll
Which aspect of your business will require most focus in 2021?
Vote
View all
1059