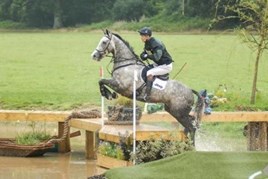 CCR Mitsubishi Reading has been announced as a sponsor of one of British Eventing’s most prestigious events in the South this weekend — the KBIS Wellington Horse Trials.

The dealership will have branding along the cross-country course at the three-day event — which starts on Saturday (27) and is set to attract Olympians, fresh from the Rio 2016 Olympic Games, and even royalty.

William Fox-Pitt, Kitty King and Pippa Funnell from Team GB, and Zara Tindall, are all expected to be in action.

Saul Hodder, regional general manager of CCR Mitusbishi, which has eight branches across the South and South West, said: “We are delighted to be involved in such a prestigious and popular event, and with so many legendary riders taking part, it’s bound to be a scintillating weekend of competition.”

David Sheerin, organiser of the KBIS Wellington Horse Trials, said: “We are delighted to have CCR Mitsubishi on board, especially as they have a branch so close to us in Reading. We hope this is the start of a long partnership.”

The KBIS Wellington Horse Trials, in its fifth year, was awarded Event of the Year 2015 by the South East Eventers League, and takes place inside the Duke of Wellington’s estate in Heckfield, mid-way between Reading and Basingstoke.