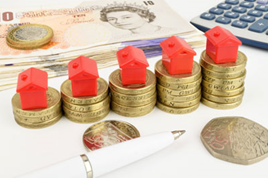 An analysis of the impact of the recently published draft rates for England and Wales on 2,000 dealerships with assessments of £100,000 or more showed an average 15.6% increase.

London dealerships came out reasonably well with an average increase of 11.6%.

This contrasts sharply with headline figures for some mainstream retailers (i.e. non-automotive) in certain parts of London that could see their RV’s increase by as much as 170%.

The London figures are however in stark contrast to dealerships in the South East who saw the biggest overall increase at 25.8%.

The best location for retailers is in the North East where they are set for modest average increases of only 7.6%.

“The impact of the rating revaluation will be softened somewhat by the uniform business rate multiplier (currently 49.7p in the pound) being set to fall by close to 8% from April next year, but the overall picture is that dealership business rates are set to rise,” said Tom Rigg, associate – automotive at Knight Frank.

“Of course these are only averages and mask a wide range within each region.

“The biggest increase in our sample is Lamborghini and Bentley centres in Pangbourne seeing a massive 109% jump, whereas Peugeot’s dealership in Swindon has fallen by 27%.”

The latest revaluation will take effect in April 2017, but are calculated by reference to perceived rental levels as at April 2015.

The previous valuation date was April 2008.

“Our view is that there was very little (if any) growth between 2008 – 2012, and even a decline in rental value during the recession as the economy suffered and the Government supported the industry with the scrappage incentive scheme.

“The period post 2012 has understandably witnessed a strong recovery in

the sector, which has led to increased development activity, but only recently has that translated to new rent benchmarks being set.

and 2015 and certainly not to the average rental levels implemented by the recent assessments.”

Rating assessments are, Riggs said, highly generalised and often made by non-specialists with limited understanding of the automotive property market and less so the business operation.

“In our opinion rents have moved on average by 5 – 10% so there is clearly a disconnect between rates and rents.

“Unfair rises should be appealed as soon as possible to avoid impacting profitability, and the key to getting your rates bill down is enlisting an adviser that knows and understands this highly specialist sector.”