Private sales were down 1.1%. Fleet registrations were up 4.2%, according to figures published today by the Society of Motor Manufacturers and Traders.

Alternatively fuelled vehicles continued to grow in popularity, rising 12.4% in October and 23.3% in the year so far to 75,987 registrations – the highest ever level achieved in the first 10 months of the year.

Year-to-date performance for the overall market remains ahead by 2.5%, with 2,330,663 new cars registered.

“The retail motor industry has demonstrated its resilience since the EU referendum with the market performing well year-to-date, up 2.5% with a further 180,168 units registered in October, 1.4% more than last year”, said Sue Robinson, director of the National Franchised Dealers Association (NFDA).

“The continued strong performance of alternative fuelled vehicles is particularly pleasing with growth of 12.4% in October.

“The NFDA expects demand for alternative fuelled vehicles to remain high for the foreseeable future which will benefit our members.

“Yesterday’s Bank of England decision to hold interest rates at 0.25% and to revise up their UK growth forecast from 2.0% to 2.2% are positive signals for the UK economy as it is expected to continue to keep up its pace since the referendum in June.

> More information on new car registrations from the SMMT

> New car performance by manufacturer on AMi (free to dealers) 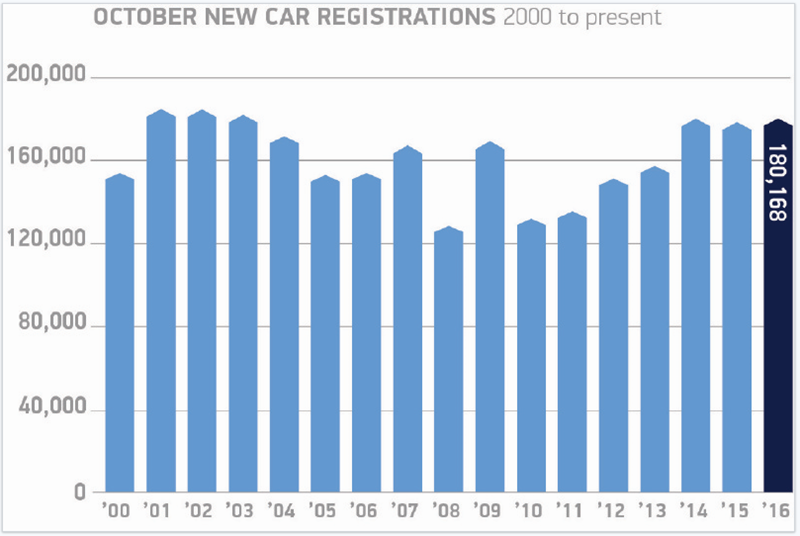 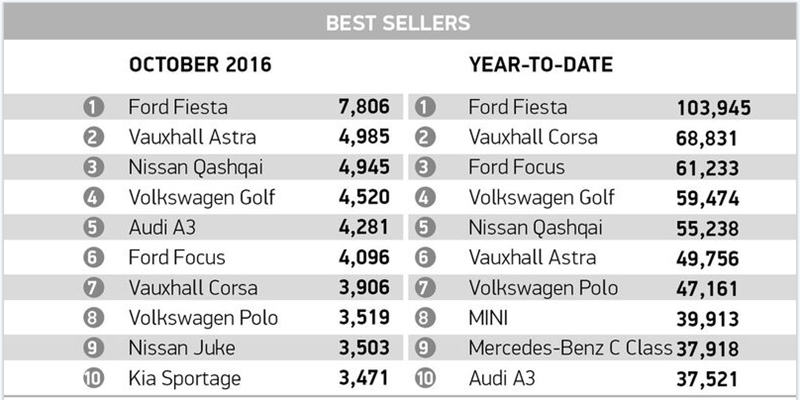 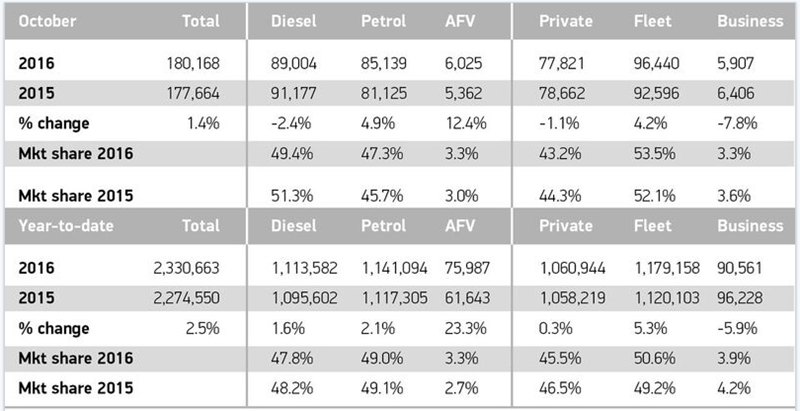