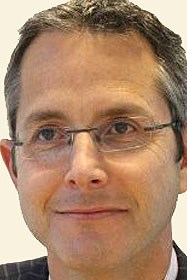 The majority of UK car dealers are positive about their business prospects for 2017, with 65% expecting growth.

The majority of dealers surveyed monthly by Close Brothers Motor Finance remain resolutely positive about the prospects for their own businesses in the year ahead.

When asked why they were optimistic about their growth prospects, over half pointed to the proliferation of new finance products (58%) as the main factor – an 11% increase on the previous survey.

Over two in five (42%) of dealers also pointed to changing consumer behaviour as a reason for their optimism.

Just under half cited the rising affordability of motor vehicles (46%), which only 25% of dealers cited in November 2016.

The survey also asked dealers to assess how their business has performed over the last 6 months (July-December), with 45% stating their dealership is performing better than it was in July.

The previous dealer satisfaction survey showed that only 33% of dealerships thought their business was performing better than it was in the previous six months, showing a marked increase in business over the start of 2016 summer period.

Despite the positive sentiment, dealerships still recognise the wider economic risks that could stifle their growth for the rest of the year.

58% of dealerships cited a potential recession as the biggest threat to their business, which is a rise of almost 20% points from November’s survey.

Plus, 41% of dealers said that Brexit was also one of the main threats to business growth, up by 4% from November.

Paul Kaye (pictured), Close Brothers Motor Finance sales and marketing director, said: “It’s promising to see such a large number of dealers positive about the prospect for their business over the coming months, particularly given the heightened economic and political uncertainty that has become the norm as of late.

“It’s also interesting to see that, for the second time in as many months, dealers have cited the availability of new financial products as the greatest opportunity for growth over the next 12 months.

"With the fall in the pound making manufacturing of cars the cheapest it has ever been, it is important that smaller dealerships remain competitive against their larger manufacturer-sponsored franchises. Working together, we can adapt and innovate to keep up with rapidly changing consumer behaviours and continue to provide accessible finance solutions to suit a range of customer needs.”