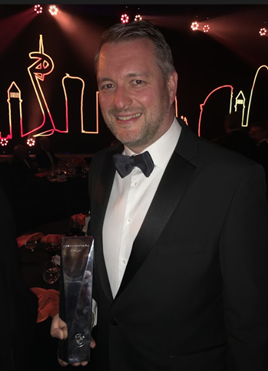 Bowker BMW in Blackburn has been awarded BMW UK Aftersales Retailer of the Year.

Bowker beat more than 150 other BMW retailers in the UK.

The award recognises the retailer’s “consistent aftersales performance across a wide selection of criteria including parts retailing; sales achievement; and customer satisfaction”.

The win was announced at the BMW UK Retailer Awards in Barcelona last month.

Bowker Blackburn managing director Chris Eccles (pictured), who collected the award, said: “This is one of the most sought after awards amongst BMW centres in the UK. It covers everything from customer feedback through to important commercial performance indicators.

“Not only have we reached a high standard; but we’ve delivered consistently throughout the year. This is a wonderful compliment to our staff who have worked so hard. We are especially grateful to them and to all our customers; customers who chose to share such positive feedback about their experiences here at Bowker.”

Bowker Blackburn is one of the most decorated BMW centres in the country.

In 2014 the centre won the BMW Retailer of the Year Award for corporate sales.

In 2013, managing director, Chris Eccles won the Dealer Principal of the Year title in at the AM Awards.

In the same year he was confirmed as one of three national managers of the year in the annual BMW Excellence in Sales competition. And corporate account manager Paul Bamford was announced as BMW Leasing Star of the Year for best customer service to the leasing industry.

Also in 2013, BMW Corporate Finance has placed the team first for local business sales for the fourth year in a row. 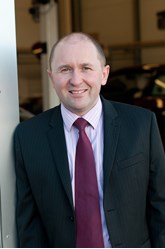