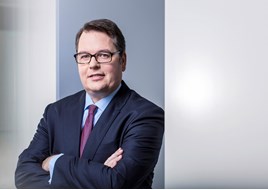 Audi dealers in major cities will be a central component of a new premium car-sharing mobility scheme being rolled out by the German manufacturer this year.

Speaking at the brand's AGM, Dr Dietmar Voggenreiter, Audi’s board member for sales and marketing, said that trials of car sharing concepts had been successful in several places, including San Francisco and Hong Kong, and said that they were set for a speedy roll-out in other key markets.

Voggenreiter said that 'Audi at home' had enjoyed successful trials in San Francisco and Hong Kong, 'Audi on demand' had trialled in a handful of countries and 'Audi select' and 'Audi shared' schemes had proved a success in around 50 German dealerships.

“From this year on we’re starting the roll out”, he said “We just opened at Munich airport, a new hub, but this year we roll it out in the next three or four countries.

“The special topic for me is the integration of the dealer pools, because it’s an additional business for our dealers, it’s quite interesting for them to invest in this mobility solution and for us it’s also a win-win situation because we have them in all the major cities worldwide.

“I hope we can accelerate the roll out quite fast.”

Voggenreiter believes that Audi will be able to take advantage of dealers’ courtesy cars and demonstrators to back-up its car-sharing services when demand is at its peak.

He said that Audi would not be stepping into a public car sharing network that saw cars provided in an unclean state or with less than a full tank of fuel, stating that the brand would charge more for a premium service.

“We said we will focus on the premium car sharing solution – we call it Audi on demand – where you can get the car to your house, a concierge can bring you your car, but also you can pick it up at a station and the car is clean, maintained and fuelled.

“And these are the things where we said let’s be more premium than the car sharing space than the other versions. And the feedback we got from all the pilots is really overwhelmingly positive. Yes it is a little more expensive, it’s really a premium service but the feedback is super positive.”

Concept Audi at home is a service which has been trialled in condominium buildings.

After initially launching in Hong Kong, the platform has got eight new projects there and has also been adopted by businesses based in San Francisco.

Describing how the pilots have made use of the local dear network, Voggenreiter said: “Sometimes we take the dealer demonstrators. A strategic advantage for us with this service is that we have more than 3,000 dealers worldwide. Think about your dealers; they have demonstrators, they have courtesy cars. How is the utility rate of the courtesy cars on the weekend? It’s typically low. Here you can earn a lot for the dealer if you integrate your dealer into these mobility networks.

“We also do it in Hong Kong – we have three parking lots in this building, one Q7, one TT and one A3 – but in the background we have several cars, so if the TT is rented out for sure we will replace it, so if another customer would like one we have another in the background because we share the feeds with the dealers there.”