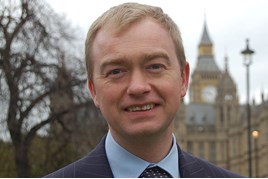 The Liberal Democrats have outlined plans to ban the sale of diesel-powered cars and small vans by 2025 within the party’s general election manifesto, published today.

The party, led by Tim Farron, vowed to implement the plan with the aid of a diesel scrappage scheme and the extension of Ultra-Low Emission Zones to ten more towns and cities.

“All private hire vehicles and diesel buses licensed to operate in urban areas to run on ultra-low emission or zero emission fuels within five years,” the party’s manifesto added.

Alex Buttle, director, car buying website Motorway.co.uk, was quick to question the party’s plans for diesel vehicles. Buttle said: “A total ban on diesel cars is likely to be highly unpopular for the car-owning electorate - 39% of which own diesel vehicles. And the value of diesel vehicles would tumble immediately if this policy was put into place.

“Everyone now knows diesel cars are high-polluting, although car owners were encouraged to buy them for their fuel efficiency a decade ago.

“A rapid phase-out of new diesel cars makes sense, but that shouldn't extend to used diesel vehicles, to protect the personal finances of UK drivers.”

The current Conservative government’s clean air plan – likely to include the creation of clean air zones within which authorities could charge a “toxin tax” to the worst emitting vehicles – is due to be published by July 31.

Details of a "targeted" car scrappage scheme were featured in technical documents supporting the main consultation paper, detailing a possible £8,000 incentive to 15,000 owners of the UK’s most polluting cars to make the move to EVs.