Marshall Motor Group to create Facebook pages for every dealership 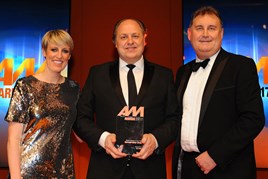 Already being trialled in two locations, the plan is for each site to host its own Facebook page by the end of this year.

Philip J Deacon, head of marketing, said: “This will be a massive challenge; we are going from 29 brand accounts to 103.

“The big one for us once we are live is generating enough local content.”

This involves increasing its engagement with employees in the dealerships to provide content and implementing monitoring and broadcast software. Once operational, dealers will be able to create copy using the software, which will alert the marketing team, who will check it before publishing.

‘Champions’ at each site provide the central marketing team with content while themes such as ‘Monday motivation’, ‘Thursday throwback’ and ‘Friday fun’ provide a stimulus. A new content writer role has also been created after a member of the team showed writing talents.

Deacon said: “We want to be known as a leading light in social. Our social strategy evolves every day so we are looking at things like how to use more video and paid social. One of the issues we are tackling is how to reach those sites where social input is low. The award win has given us greater credibility with our own staff.

“I was chuffed to bits with the award, it came just as we were setting out our stall to the group. We have used it to show employees statistics and tracking and to highlight social to those who are more sceptical and think social is just for kids and posting about cats.

“When we won the award, we were on a massive journey and we need to keep going. We have to be agile.”

Keeping pace with mobile usage, blending the physical and the digital and further increasing response times, especially out of hours (38% of live chat leads are generated when the physical dealership is closed) are all on Deacon’s radar.

“We could never contemplate going back to running social as five days a week from nine till five. It’s never-ending; social is now very much a part of our DNA.”

At the time Marshall Group made its AM Award submission, sections of it were being rebranded after the Ridgeway acquisition, with a parallel digital transformation taking place.

Deacon and his team drew on Ridgeway’s experience to promote the name change whilst its #Marshallmoments continues to be used to great effect.

“We don’t just broadcast, we respond,” said Deacon, who had the task of integrating both groups across social media platforms and bringing the joint workforce up to speed on their strategy.

“There’s still a lack of understanding with views that it is just for kids, whereas the youngsters are very much involved in different platforms other than Facebook.” 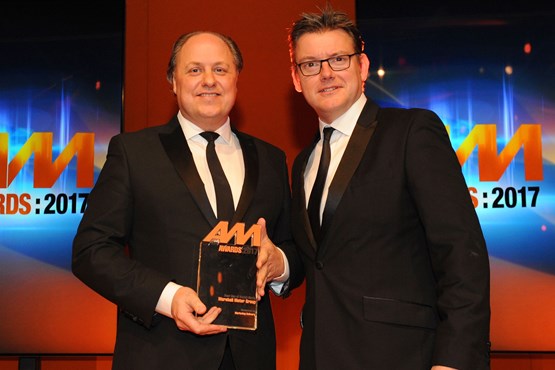 A recent Marshall Group Facebook campaign in the run-up to the new VED changes helped to change minds. The campaign reached more than 260,000 people in 50 days and generated 26,996 click-throughs with the most prominent age group being 44-year-old plus. In fact, over-65s made up 40% of the audience reach and accounted for 46% of click-throughs.

One of the ways Deacon measures dealerships’ success with social media is the level of engagement internally, with content provision a major benchmark.

“One of the biggest successes we had was March 1 new car registrations, when every single site sent us a vehicle handover picture to post.”

Content from the sites does vary, with some regularly providing material. Marshall Volvo shares pictures of interesting and classic cars when they come into the workshop and at Marshall’s Vauxhall sites an administrator shares a picture of each handover undertaken.

“We work on how good engagement is and how well the sites are at providing us with content. We use peer pressure and highlight what the star sites are doing to create friendly competition,” said Deacon.

He currently has his sights on some of the poorer social media performers. He is confident it will take about a month for those dealerships to start seeing results in terms of reach and engagement.

“There are so many social media channels, so we have to be very selective that we use the ones most relevant to the business. We began using Vine the first day it became available, but it didn’t really catch on. We focus on LinkedIn, Facebook, Twitter, Instagram, Pinterest and Google Plus – it’s important your map appears in the Google searches.”

Deacon continues to build on previous successes, perhaps epitomised recently when Marshall’s first Twitter customer, who bought a Smart car, returned recently to buy a Mercedes-Benz A-Class. Naturally, it shared the sale on its social channels.

Listening is also important. One dealership responded to news of local vandalism by offering free repairs. The story was picked up by the local media, turned into a group blog post and shared on social channels, which in turn saw AM run the story.

Deacon said: “It shows how everything is integrated, with one channel feeding another. However, it’s not about technology, but about conversations and people.”