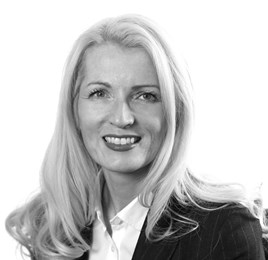 Jardine Motors has sponsored the UK Automotive 30% Club conference and signed up to an educational charity.

The conference, hosted by Julia Muir, was held on May 23 to reinforce the UK Automotive 30% Club’s aim of filling at least 30% of key leadership positions in the member organisations with women by 2030.

During the event, Jardine Motors signed up for the Speakers for Schools initiative. The UK wide charity provides pupils in state secondary schools and colleges with talks from leading, influential figures.

Six of the company’s directors, including chief executive Neil Williamson, will speak in schools as well as offer job shadowing placements.

Jardine Motors' HR director Claire Martin (pictured) said: “By working with partners like the UK Automotive 30% Club and supporting initiatives such as Speakers for Schools, we’re hoping to encourage more female talent at a grassroots level.

“The automotive industry is booming with huge growth potential, which ultimately allows us to offer opportunities to people who don’t just want a job but a career that will see them progress in the future. We want to change the perception that motor retail is for those who do not succeed academically at school, and instead, is a choice for bright, articulate individuals that want to work in fabulous environments where the emphasis is on team work and nurturing potential.”