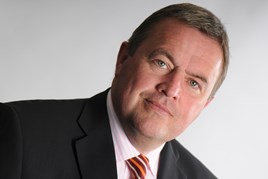 The Nissan-owned dealer group, which trades as West Way, confirmed the completion of its deal to acquire the Colliers dealership on Warwick Road this week.

Tony Lewis, managing director of West Way, said: “We are delighted to be adding this thriving and well-located dealership to our portfolio and to be establishing an even firmer foothold in the second city.

“We are also thrilled to welcome members of the dealership’s strong and experienced line-up into the West Way family where they will complement an already talented and focused team.”

He added: “We have gone from strength-to-strength alongside the Nissan brand with over 8,000 customers every month trusting West Way for servicing and maintenance work. This latest acquisition enables us to further increase our customer base and help us drive more market share for Nissan.”

Last June the business sold its Land Rover, Honda and Mazda dealerships in Erdington and its Jaguar Tamworth site to Jardine.

In two separate and simultaneous deals Jardine bought Colliers and also did a sale and leaseback deal on Colliers' key three franchised outlets in Birmingham for around £17 million.

The purchase, Jardine said, had been driven by Land Rover's "drive for a common ownership model”.

“This new business will help drive forward our ambitious growth plans for 2016. We look forward to welcoming our new colleagues from Colliers Group into the Jardine family.”