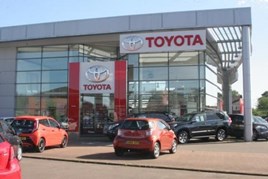 St Leonards Motors Group has acquired Dingles Motor Group as the business expands in an atmosphere of “buy or be bought”.

The Sussex-based group gains Toyota, Hyundai and Isuzu franchises in Norwich, and a Lexus authorised repairer, in the deal which SLM managing director, Ian Wakeford, said will grow the group’s turnover by around 60%, to over £100 million.

SLM’s acquisition – for an undisclosed sum – follows that of Barnard and Brough’s solus Nissan operation, in Hayward Heath, last month.

Speaking to AM, Wakeford said: “This is the first time we have been so aggressive in acquisition. We took on Tunbridge Wells about five years ago because its incumbent was no longer in a position to continue with the business.

“More recently we have been putting together our succession planning and it became apparent that we either waiting for someone to come knocking or we went knocking ourselves.

“We’re not ready to pack up, so acquisitions were seen as the best course.”

Wakeford added: “This deal comes after some months of conversations with John Dingle and we were extremely pleased to get things over the line.

“There won’t be immediate changes. We want to keep in place many of the positive processes that Dingles have in place already.”

Wakeford said that the geographic spread of the SML business was less of a concern than the acquisition of a business which was similar to its existing five site operation, which includes Nissan Toyota and Vauxhall.

SLM grows its staff from around 200 to over 350 with the acquisition of Dingles Group.

Dingles achieved a turnover of £36.4 million over the same period.