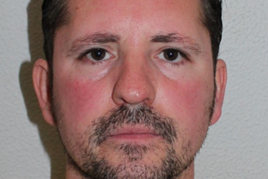 A salesman at Marsh Wall’s BMW dealership in Chiswick who helped steal cars worth more than £200,000 has been jailed for five years.

Daniels (pictured. Photo: Metropolitan Police) accessed customer addresses on a database and passed them on to Tingle.

Tingle, of Claremont Road, Ealing and his accomplice Vincent Murphy then drove to the address with the spare set of keys and took the cars.

At Isleworth Crown Court, Judge Davis said it was a "horrendous breach of trust" and told Daniels: "This was a conspiracy to steal high value motor cars from the BMW dealership in Chiswick.

"The value of those cars was in excess of £200,000. They were stolen from people's houses once they had been sold.

"You worked your way up, you were a good salesmen, the leading salesman.

"We will never know why you decided to get into this criminal enterprise.”

One of the victims, Robert Mitchell missed the birth of his daughter as he was unable to make it to the hospital after their car was taken on Christmas Eve.

The cars were given fake number plates and deposited in a car park in Alperton , North West London, where they disappeared.

Tingle was jailed for two years.

Daniels had worked at BMW Berry for 10 years.

He might have got away with his crimes had his accomplice not come clean after being caught, the court heard.

CCTV showed a BMW being stolen from a warehouse and identified Tingle.

Tingle confessed and told police he had been given the keys by Daniels, who had orchestrated the plot from his sales office.

The pair met at Daniels' dealership, and initially struck up a legitimate business relationship, with Tingle acting as an intermediary for some of Daniels' sales.

Daniels, of Courtfield Road, Ashford, Surrey, was given five years and three months after he was convicted of conspiracy to steal motor vehicles.

Tingle admitted conspiracy to steal motor vehicles and was jailed for two years.

Murphy was jailed for 16 months earlier this year after admitting to aggravated vehicle taking.