A Luxury car dealer has been ordered to pay back £2 million to the HMRC or face a further decade behind bars for his VAT fraud offences.

Sarju Popat, of Rowlands Avenue, Pinner, was jailed for five-and-a-half in 2015 for his part in an operation which involved the sale and export of cars including Lamborghinis, Ferraris and Porsches.

At St Albans Crown Court this week the 51-year-old was told that he could face a further 10 years behind bars if he does not repay his ill-gotten gains.

The order comes after the HMRC discovered that the former car dealer had used the cash to buy properties in Cricklewood, Hatch End and Muswell Hill, This is Local London reported.

Nicol Sheppard, acting assistant director of the Fraud Investigation Service at HMRC, said: "We will not allow tax fraudsters like Popat to keep the money they steal from the public purse."

Popat’s luxury car fraud scam involved Manoj Vyas, of Edmonton, London, and his brother Paresh Vyas, of Watford, who were ordered to supply luxury vehicles to the dealer and charge VAT but not pay the full amount to HMRC.

The VAT fraud allowed Popat to export the car at below market value to an associate in Malaysia.

Vyas, 57, was jailed for four years while Paresh Vyas, 53, was sentenced to five years in prison when Popat was sentenced for his part in the crime back in 2015. 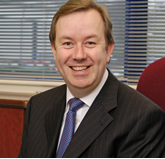