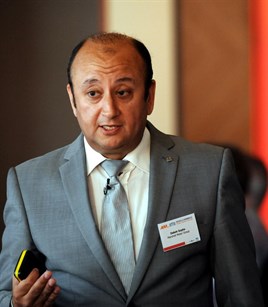 Marshall Motor Holding has completed the disposal of its wholly-owned leasing division to Northridge Finance for a gross cash consideration of £42.5 million.

The AM100 retailer announced the closure of six retail sites earlier this week as it looked to maintain “class leading returns” and has now completed the sale of Marshall Leasing in a bid to “de-gear” the group’s operations.

Initially reported by AM in September, the disposal was successfully completed to Northridge Finance, a subsidiary of The Bank of Ireland (UK), following the receipt of regulatory approval from the Financial Conduct Authority.

As previously announced, the Board believes the disposal provides an opportunity to “create greater long term value for its shareholders by allowing (the group) to focus on its core motor retail business”.

A statement issued by the London Stock Exchange said: “Completion of the disposal has also further strengthened the Group's balance sheet, with the net cash proceeds being initially used to reduce existing levels of indebtedness (actual reported net debt as at 30 June 2017: £101.1m).

“As a result of the disposal, the Group's pro forma balance sheet as at 30 June 2017 would have been ungeared, with net cash of approximately £4.6m and net assets of 254p per share.”

The funds will be used to reduce Marshall's net debt (£101m at the end of June) and settle a £1m pension liability.

Marshall Leasing, which sits at number 26 in the FN50 with a fleet of more than 6,000 vehicles, provides a range of contract hire fleet services including fleet management, risk management, contract purchase and daily rental, aimed at the SME sector.

Marshalls chief executive, Daksh Gupta, said: “The strategic disposal of our leasing business is an important step for MMH as it has de-geared the Group's balance sheet and allows us to remain focused on driving our core retail operations.

“I am particularly pleased that MMH has an ongoing relationship with MLL for the supply of new vehicles and we look forward to supporting the continued growth of MLL under its new ownership.”

Speaking after the announcement of Mashall's disposal of Marhsall Leasing earlier this year analyst Mike Allen, of Zeus Capital, said: "We see this as a positive for MMH, allowing the group to strengthen the balance sheet, focus the business model and reduce exposure to used car residual values at a time of uncertainty.

"The disposal is expected to be dilutive to underlying earnings per share in the year ending 31 December 2017 although there will be a significant gain on disposal.

"In our view and we believe the business will be in a significantly improved financial position post completion of the deal."