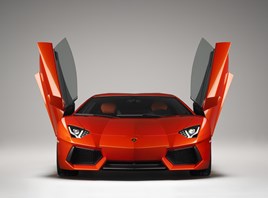 Cambria Automobiles is hoping to spark a supercar-powered revolution in its franchise portfolio with the opening of its first Lamborghini showroom, two Bentley dealerships and a McLaren dealership during January.

The AM100 retail group highlighted its plans for an expanded luxury franchise portfolio in a trading update which otherwise expressed caution about the declining market and reported a weaker new car market has seen pressure on volumes and margins across the three-month period.

Building work to construct the group’s Jaguar, Land Rover, Aston Martin and McLaren dealership on one site in Hatfield is scheduled to begin on January 8, meanwhile, with the McLaren franchise operating from a temporary facility until works are completed.

Cambria, which also has Aston Martin franchises in Birmingham, Brentwood and Welwyn, said in its trading update that developments in its franchise portfolio had helped to leave it “well-positioned” despite a cautious approach to the year ahead.

Its statement said: “The board remains cautious about the new car market in light of the general uncertainty in the consumer environment and the pressure that vehicle manufacturers are under as a result of the current Sterling exchange rate.

“Nevertheless, the franchising progress that has been made through 2017 and into 2018 has further enhanced the group’s excellent portfolio of dealerships and leaves the business well positioned with strong representation in the high luxury segment of motor retail.”

Cambria reported in its trading update that new vehicle unit sales for the first quarter of its current financial year were down 16.3% (like-for-like down 14.4%), with gross profit per retail unit also reducing over the same period.

Total used unit sales were down 9.2%, including the lost units from Swindon Motor Park, which closed in January 2017, with like-for-like units down 2.8% compared with the same period in the prior year.

Cambria reported that the reduction in used car sales had been “offset by continued improvement in gross profit per unit and this performance has again enhanced the profit from the used car segment of the business”, however.

The Group’s trading update said that performance in the first three months of the current financial year had been “in line with the board’s expectations, albeit behind the corresponding period in 2016/17, both on a total and like-for-like basis”.

It added: “This trading performance in the first quarter continues the trend highlighted in the Group’s preliminary results on 22 November 2017 and means that the Group is trading in line with market expectations for the full year.”